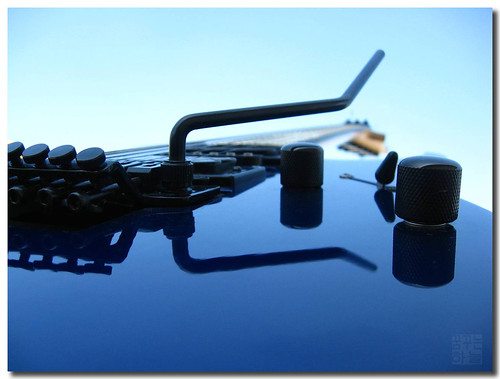 What does it take to produce a truly unique Washington red wine? In the case of the the 2010 Waters Tremolo it’s the combination of a challenging vintage and a winemaker who has been waiting to accept the challenge. Though my preconceived notion of Eastern Washington is that it is a never-ending kiln of searing heat, there are actually dramatics swings in temperatures between night and day. Sean Sullivan of the Washington Wine Report noted the uniqueness of the 2010 vintage:

The 2010 growing season featured the coolest temperatures the state had seen since 1999, predating the rapid rise in wineries in Washington State. This meant many winemakers, and even many growers, were working in an environment that they were unfamiliar with.

Keep in mind that these comments were in a post highlighting the liveliness of the 2010 white wines from Washington state and that it would be a strong year for them. Especially for people like me, who like enamel-chipping levels of acidity in their white wines. But what about the red wines? How do you handle the cool temperatures and the threat of unripe grapes? In the case of Waters Winery in Walla Walla, WA, you take advantage of a classic crisis=opportunity scenario to create a singular wine: The 2010 Tremolo.

Clocking in at a modest 12.5% alcohol, this blend of mostly Syrah from the Forgotten Hills vineyard plus a small amount of Grenache from the Old Stones Vineyard, Waters Tremolo is one of the most unique and exciting Washington wines I’ve tasted. Elegant, restrained, and, to get technical, non-showy. But by no means wimpy or delicate; it’s got plenty of backbone. While some wines club you over the head with their presence, this is more of a contemplative wine. Maybe this appeals to me because I’ve always been more interested in the wallflower at the party than the person with the lampshade on their head. I digress….

The Tremolo was so exciting that I got a hold of Winemaker Jamie Brown, who was kind enough to give me a few minutes of time before his first grapes arrived. (Viognier from Alder Ridge, FYI.) 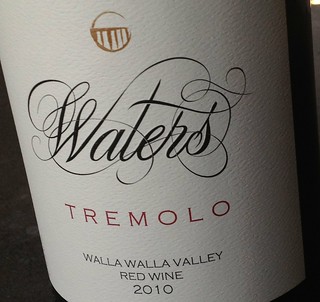 “I’ve been trying to make a wine like this forever,” Jamie revealed. “Instead of shaking in your boots on a vintage like 2010, Waters has positioned itself in a way to make cold site Syrahs.” It should be noted that the Forgotten Hills Vineyard is quite a cool site; Jamie does not even get to make a Syrah from this vineyard each vintage. Though certainly he’d like to: “Granted, I don’t like to stand there wondering if I’m going to get ripe enough grapes to use every year.” Jamie continued, “As a single vineyard Syrah producer, I prefer Forgotten Hills to make Forgotten Hills Syrah.”

Jamie credits the success of this lower-alcohol red, that I find an exciting counterpart to more full-throttle Syrahs, to the reputation and trust Waters has built with its customers. When it comes to producing a Syrah that’s far from the norm, or a bottling of an obscure grape like Counoise under the Substance label, Jamie says, “I do believe that’s what they expect from us in terms of being adventurous.” Or, as he put it more plainly, he’s a hearing a lot more excitement and enthusiasm when people taste the 2010 Tremolo along the lines of “Holy moly, we’re not used to that!” rather than “Ew, it’s gross.” (Pro Tip: The latter is a comment best not verbalized in a tasting room and/or in front of the winemaker.)

The whole experience of making the wine and the reaction it has received certainly made an impression on Jamie. From the “wow” factor from sommeliers who state, “Dude, you’re willing to do this?!?” to more casual customers who taste the 2010 Tremolo and “…just exhale and go ‘YEAH! I could drink two of those!” The conclusions Jamie’s drawn? “It makes me even more interested in trying to find a way to help a cooler vintage along and maybe trust to leave it [the grapes] out there even though it’s cold.”

So will there be another Tremolo? Can there be? It’s a thought that doesn’t escape Jamie: “I always have in the back of my brain how I can be close to making that wine again in cooler vintages.” (Though he stresses that it might not be made from Forgotten Hills Syrah.)

Regardless if Mother Nature makes it possible for another wine like the 2010 Waters Tremolo, it will stand as a successful adventure towards the vanguard of what is possible in Washington State. Jamie has good reason to conclude, “I’m super-proud of it.”