7 Things About Madeira That Will Punch Up Your Life 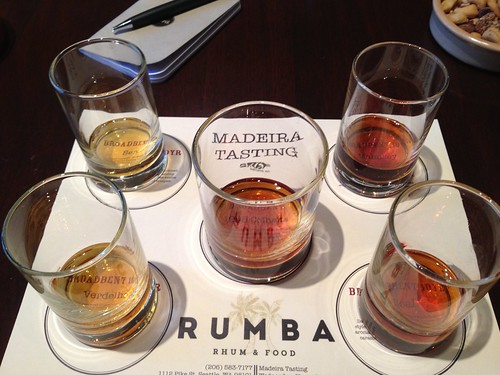 I have a thing for Madeira. It’s kind of becoming my jam. And not the kind that you spread on toast, but rather a soothing soulful sound served in liquid form. I recently attended a Madeira tasting at Rumba, located in the Seattle neighborhood where I live: Capitol Hill. (Thanks Rumba, A&B Imports, and Broadbent Selections for the invite to this industry event.) First things first: Madeira is a sweet, fortified wine made on an island about 1000 miles off the coast of Portugal and 500 miles from North Africa. Here are seven sips on Madeira you can file away to impress wine geeks, guests at a cocktail party, and/or whoever is across the table at awkward speed dating events. 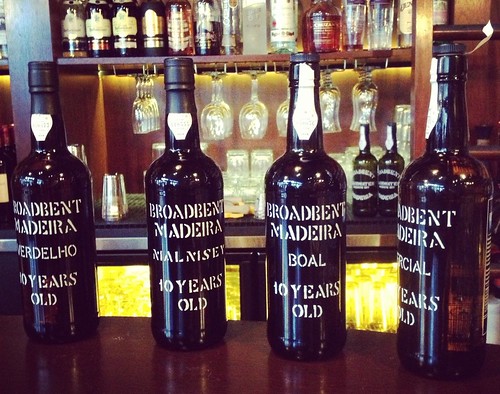 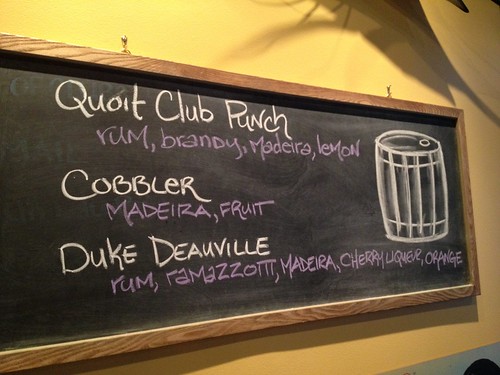 Hey Duke, how do I get into this club?

But you don’t have to be some Duke in a fancy club to enjoy Madeira. An open bottles stays good for ages, so you can be judicious and get your money’s worth. Keep one on hand at all times for a great nightcap by the fire, an addition to an exciting cocktail, an afternoon tipple, whatever. You could even pour some over your pancakes or waffles. Or make a boozy milkshake. But however and whenever you enjoy Madeira, just know that George Washington, Thomas Jefferson, and Benjamin Franklin are all counting on you. No pressure.

Do you want more Madeira? Check out my interview with Chris Blandy, CEO of the Madeira Wine Company. He pairs Madeira with sushi, duck, and foie gras. And was very generous with his time, sharing many fascinating insights. His thoughts were so extensive, I made it into a two-part post. So also read what happens when you start with CakeSpy and end with Madeira. It’s a history of desserts and dessert wine in America. Totally sweet!