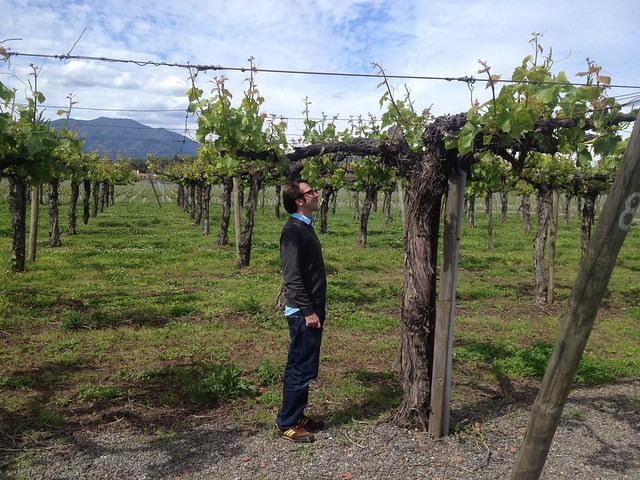 Let’s cut to the chase. I’ve got seven suggestions for wines to drink that give you plenty of bang for the buck. Starting with a white and some sparkling ideas:

For five more recommendations, including an entire country, two maligned regions, some Loire love, and an ocean view-loving red grape, head over to Enobytes. Pamela, the editor and co-founder of the site, conducted an interview with me, and it’s not just wine tips. I also talk about how to break into the the wine business, my craziest wine buy, and (surprise!) my endless fascination/obsession with Tasmania.

Also on the interview front, as part of the Ambassador Project at On the Boards, I was queried about a whole host of topics: lying, when to call it a night, and my nickname.

What is On the Boards? In a nutshell:

Founded by artists in 1978, the mission of On the Boards is to introduce audiences to international innovators in contemporary dance, theater and music while developing and presenting new work by Northwest performing artists.

What is the Ambassador Project? Briefly:

This season 15 leaders from Seattle’s art and creative communities will assist OtB’s team to bring new voices and perspectives to our programs. Three Ambassadors will unite for a two-month cycle and will help shape the dialogue around the art on our stages via discussions, interviews, essays, curating 12 Minutes Max, designing special events and more. Ambassadors were selected to represent the depth and breadth of Seattle’s cultural community to further animate conversations across complementary sectors and to highlight what makes our community so distinct. Keep your eyes peeled for some great video interviews I did with many of the performers in the upcoming NW New Works. Naturally, these interviews were powered by wine.

Finally, break out the slow cooker! My pal Peabody over at Culinary Concoctions by Peabody has a recipe for a Bolognese sauce and I’ve got (another) bargain wine to match.

(Note: Yes, Peabody is her first name. And yes, she is named after a character from “The Rocky and Bullwinkle” show. We bond over coffee and Skittles. Thanks to her for letting me chime in on her blog and use this saucy photo.)