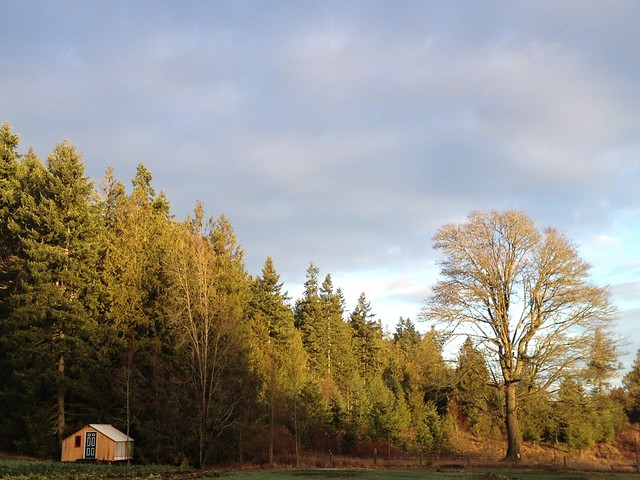 I have a secret to tell you about Finnriver Farm in January. It’s not all gray clouds and rain. Sometimes the sun makes an appearance. (Maybe a brief appearance, but let’s enjoy this moment in the sun, ok?) And in dramatic fashion. There is nothing more satisfying then emerging from your cabin in the morning… 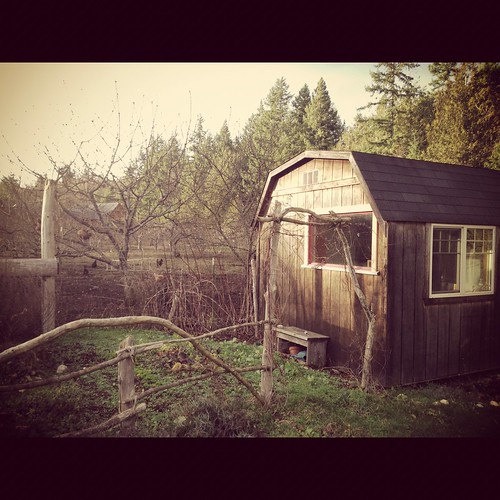 …after a restful sleep and seeing the sun come up over the the hills. 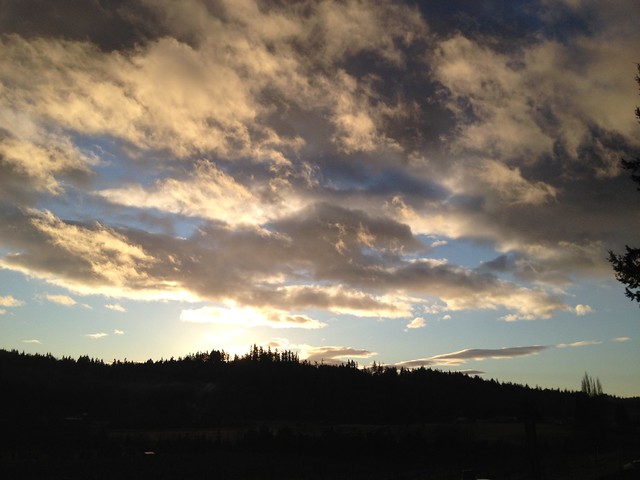 When it’s sunny I can help but think of sitting outside in the solitude and enjoying a beer. But Finnriver is a cidery. Fortunately, they have produced a beverage bringing the two worlds together: A Dry Hopped Cider. It’s like an IPA meets a cider. And they hit it off. 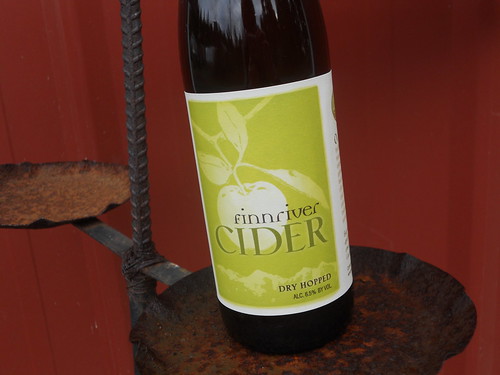 Keith, the man in charge of the cider here, recommends you enjoy his dry hopped cider with a bowl of popcorn with nutritional yeast. So excuse me if I end this post right now to go plug in my popcorn popper….