I had tasted Corison Winery Cabernet Sauvignon on one previous occasion, recall really liking it, and them promptly moved on to about 1,000 other things/bottles. I recently passed by the winery in St. Helena, CA, on my way to Sonoma, and told my Mom, “Hey, there’s Corsion.” End of story. Until a Twitter moment happened:

This early morning tweet caught my eye, especially since we were leaving Sonoma and coming back through Napa on the same route that very day. I was able to get a 1pm appointment and taste these wines out of magnum: 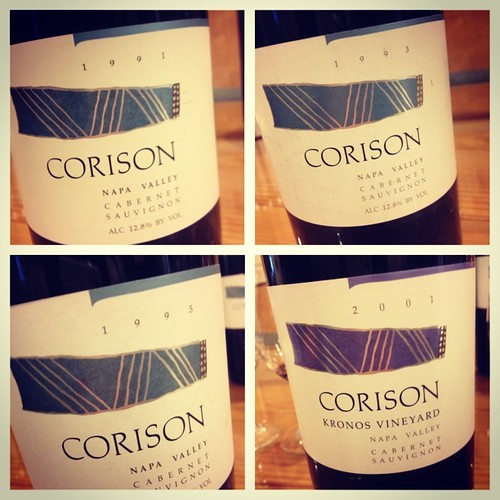 Here are my thoughts on each vintage. In three words or less. (Plus parenthetical asides.) 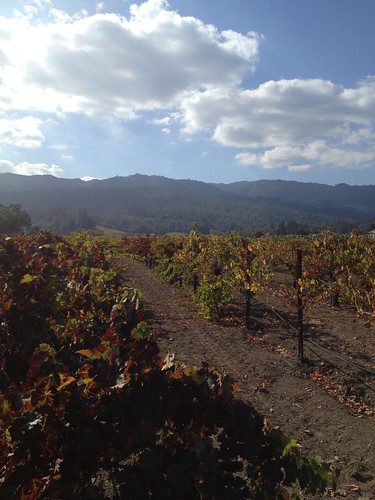 The 2001, my favorite, comes from the Kronos Vineyard right in back of the winery. I also got to sample the 2006, which really reminded me of much-beloved Cabernet Franc from France’s Loire Valley. How can a wine from Napa Valley, home of some of the boldest and brawniest reds recall a much more delicate wine from a cooler region made from an entirely different grape on an entirely different continent?!?

Well, it has to do with style. As Cathy states on her website, “My philosophy is to make complex wines that walk the fine line between power and elegance.” And Corison Winery Cabernet Sauvignon has much less ripeness and alcohol than a lot of powerhouse Napa Cabernets. Lighter on its feet and a pleasure to drink. But this is not to say that these wines are delicate like a porcelain doll. That power is there, but it is wielded subtly and judiciously. 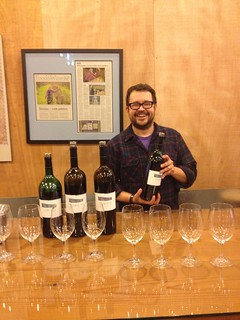 It wasn’t just the wines that made Serendipity in St. Helena (coming soon to a cable channel near you!) happen, it was also who was pouring them: Hardy Wallace. I met Hardy at the Wine Bloggers Conference a few years back and, lo and behold, now he has a winery of his own: Dirty and Rowdy Family Winery. (Along with partners Rowdy aka Matt and their two spouses.) Pretty excited to hear he’ll be adding a Pet-Nat to his lineup. And if you don’t know what the heck that is, I can help you with that. He was brought out of Corison Winery tasting room retirement, making a special appearance. (Note: Hardy is nowhere near retirement otherwise. He’s making a plethora of wines. Busy dude.) But Hardy did not miss a beat, serving up a wealth of knowledge, humor, and goodwill. A great ambassador for Corison Winery.

Here are a couple old vines in the Kronos Vineyard: 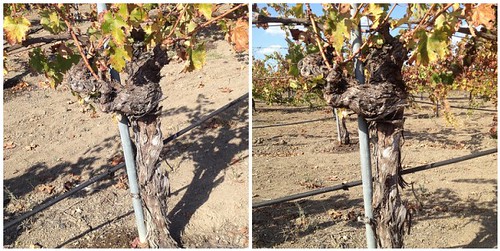 “Every old gnarly veteran in Kronos Vineyard at Corison Winery is a sculpture.” –Cathy Corison

I highly recommend scheduling a visit. I promise to tune into your episode of Serendipity in St. Helena. It may not include Hardy, but it will involve some of the most refreshingly pleasurable Napa Valley Cabernet Sauvignon you’ll taste.

Note: I tasted these wines for free. Special kudos to John Trinidad of SF Wine Blog. His RT of the Corison Winery tweet was also serendipitous, as it got the ball rolling on this day. Check out his thoughts on wine tasting, drinking, and emotion. And, thanks, Mom.