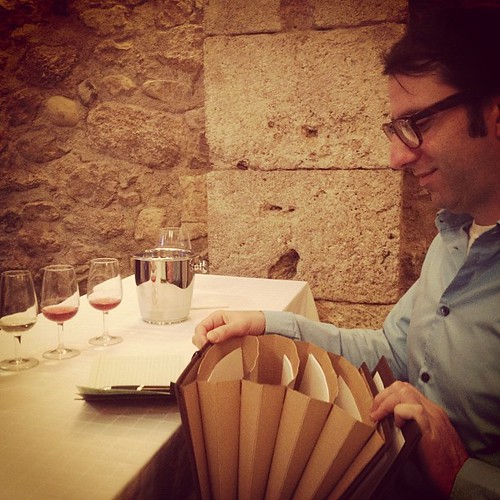 I can’t say that I was familiar with the Spanish white wine grape called Xarel-lo (pronounced “char-el-oh”). I just knew it as one of the three main grapes in Spanish sparking wine (Cava) along with Macabeo and Parellada. Thankfully, while on a trip to Spain sponsored by Segura Viudas, I learned a lot about Xarel-lo and wine in general. I knew they weren’t fooling around when they handed me an accordion file. 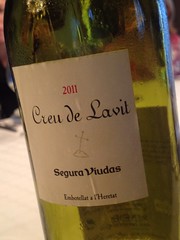 And this accordion file was chock-full of information about how Segura Viudas makes Cava, from soil to vine to grape to bottle to glass. Phew! But I didn’t expect to drink a still wine made from Xarel-lo, which turned out to be one of the pleasant surprises of the trip. The wine is called Creu de Lavit. Not only is it made from Xarel-lo, but I’d describe it as a “Super Xarel-lo” as it has a lot more richness than you’d expect from a grape that goes into making lively Cavas. No doubt due to some oak-aging and stirring of the lees. (Lees are the leftover grape solids and yeast that are mixed up with the wine in the barrel to add extra texture and flavor.)

But the Creu de Lavit was not my only discovery when it came to Xarel-lo. Segura Viudas also has a vintage-dated Cava, Torre Galimany, made primarily from that X-factor of a grape. And the still Xarel-lo wine that makes its way into the Torre Galimany is barrel-aged as well. So the result is a Cava with extra heft, oomph, and distinction beyond your typical thirst-slaking Cava.

But was confined indoors this entire trip? No way! I got to put down my accordion file to admire some Pinot Noir vineyards: 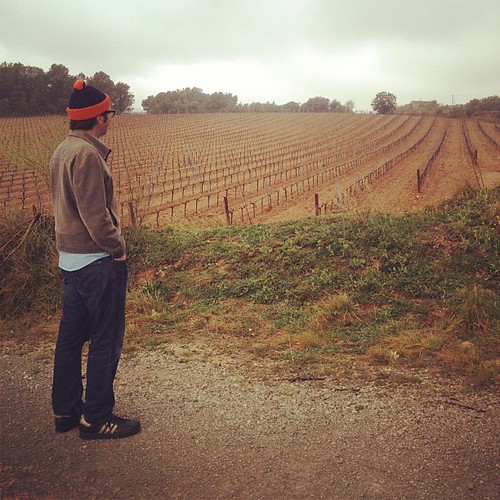 And stroll around Barcelona, checking out La Sagrada Familia: 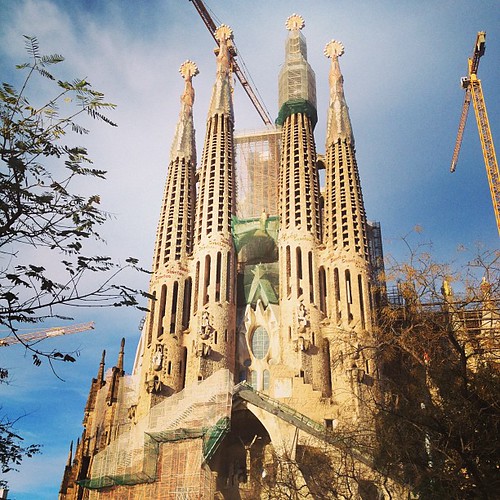 We also made a trip to the distinct landscape of Priorat, not too far from Barcelona, to visit the Morlanda Winery. Though Priorat is best know for intensely dense red wines, I pleaded (respectfully) to have a bottle of the Morlanda Blanca unearthed for our lunchtime enjoyment. Primarily Grenache Blanc, with a touch of Macabeo for added freshness, it was a rich and distinct white wine. 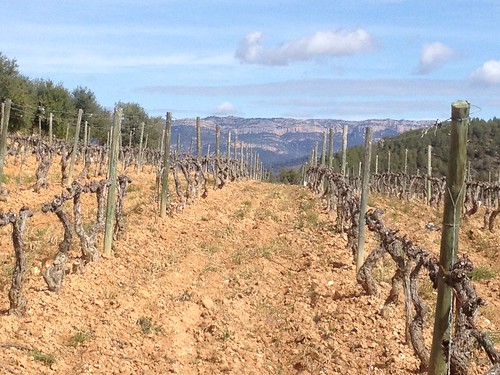 Lunch took place at a  tiny, hidden restaurant (Cal Quel, really just someone’s house) in the town of Bellmunt del Priorat, where I came across this image: 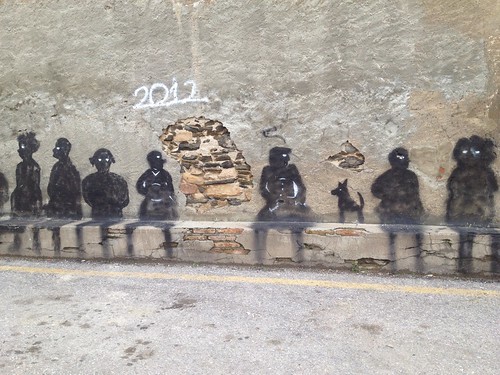 Finally, in the interests of full disclosure, at Morlanda I demonstrated the classic “I WAS HERE IN THE VINEYARD” pose. I am not immune. 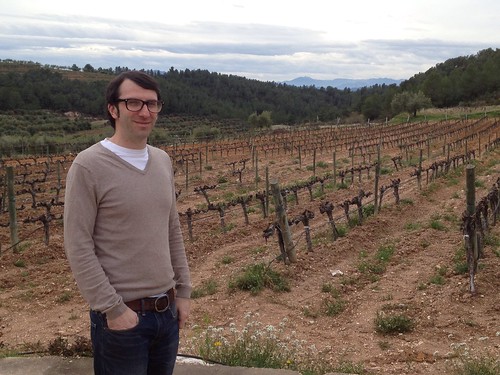 So when it comes to Spanish white wine, go forth and seek out the unusual and rare. Whether it’s Xarel-lo or Grenache Blanc, your curious and inquisitive spirit will be rewarded.