Getting to Know Oregon and Washington Albariño

Are you familiar with the white wine grape, Albariño? It’s most famous in Spain, and you’ll see it in Portgual referred to as Alvarinho. But in Oregon? In Washington? Yes and yes, you’ll find Albariño in both states.

It’s wild to think that Abacela has been making it–from their own fruit, no less–since 2001. A seafood-loving, heat-busting wine, this Albariño is also notable for where it’s grown: not in the well-known Willamette Valley, but rather in Southern Oregon’s Umpqua Valley.

It seemed serendipitous that right after I had finished enjoying this sample bottle sent my way, I was off to Wenatchee, WA for the first time. And there I would expand upon my repertoire of Pacific Northwest Albariño.

Thanks to Visit Wenatchee, I was off for a weekend sojourn to the epicenter of apples. Spoiler alert: there would also be cherries. And (fermented) grapes. 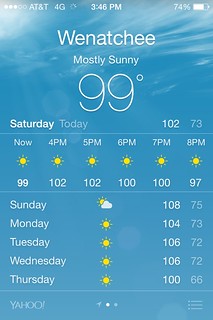 First things first. It was going to be scorching hot. Yowza! I was staying at the Warm Springs Inn and Winery, where the warmth comes from both Wenatchee in July and the owners, Julie and Ludger Szmania. Also, the Inn is located on “Love Lane“, so maybe that contributes to the overall vibe.

Veterans of the Seattle restaurant business, Julie and Ludger recently reopened the Inn. It’s a place and a lifestyle that provides a shift from the demands of their former occupation. (But Ludger still has that chef’s itch to always be in the kitchen, whether it involves Sunday brunch or cooking for an on-site wedding.)

So at 3:46 PM on a Saturday, with the temperature just about to crest into triple digits, I took a glass of lemonade down to the Wenatchee River, which conveniently flows right by the Warm Springs Inn backyard. Staking out a shady spot, I watched numerous folks on inner tubes float on by: 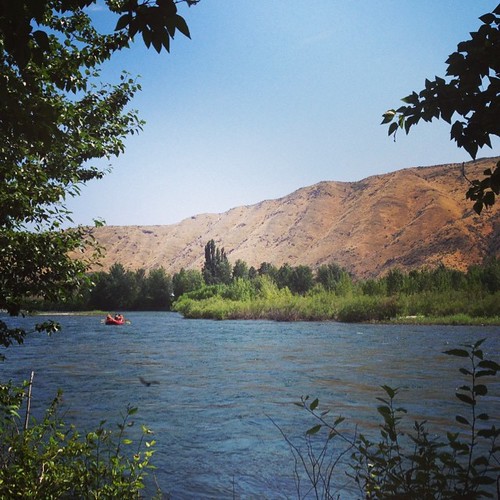 Before I left for a food and wine event at Ohme Gardens, Julie and Ludger put a cold beer in front of me, which made them heroes in my eyes. I figured I’d need a beer before heading to an outdoor event in the hottest part of the day. Thankfully, the Ohme Gardens are surrounded by trees and shade. And even for someone who wilts in 80 degree heat, I managed to be much more comfortable than I thought possible: 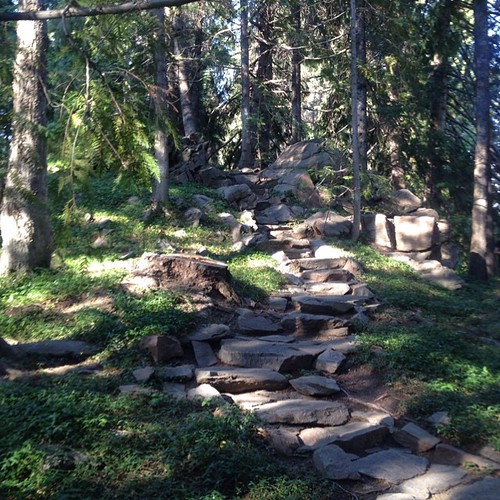 Ohme, oh my! Thankful for the shade.

It was here that I discovered an Albariño from Washington State: the 2013 Crayelle Cellars. It was definitely my wine of the night. Like the example from Abacela, it’s lively and refreshing. And the fact that I field-tested this in extreme heat should lend extra credence to my assessment. 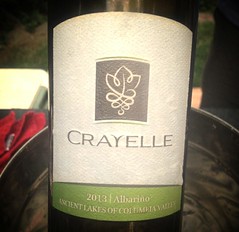 I returned back to the Warm Springs Inn for some triumphant beer and peeping of the super moon. Sunday brought a bike ride around the river along the Apple Capital Loop Trail (before it got murderously hot). Afterwards? Lunch at the super-cool Pybus Market.

At a spot called Fire, we enjoyed a multitude of wood-fired pizzas. The most notable being one with local cherries, bacon, and goat cheese. Then a gelato sample at Ice, an olive oil and vinegar tasting at D’Olivo, a quick wine tasting at Jones of Washington (I got the Sauv Blanc), and a coffee at Cafe Columbia to finish. If you’re wondering how I drank hot coffee in that heat, the market is mercifully air-conditioned. 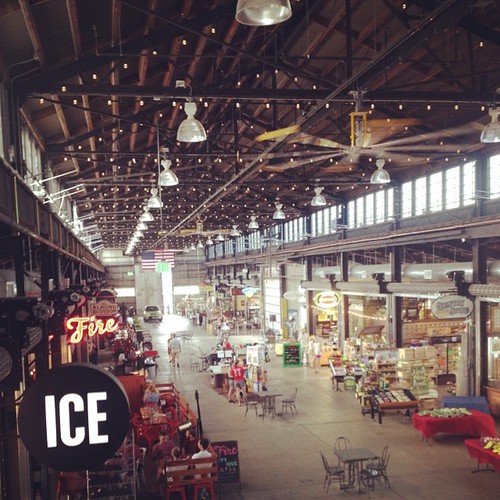 Wenatchee, I’ll be back!