Getting to Southern Oregon Wine By Way of Pittsburgh 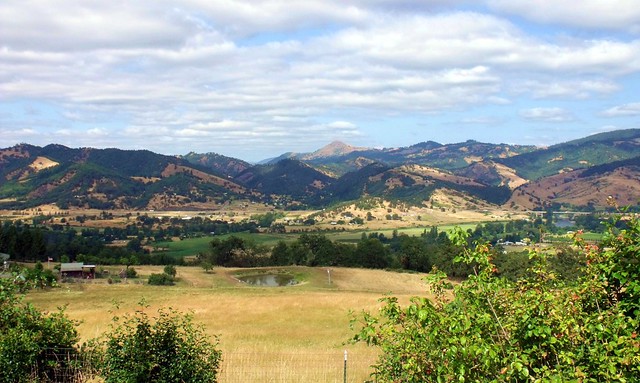 How much do you know about Southern Oregon Wine? For most people (and myself included), Oregon wine means one grape and one region: Pinot Noir from the Willamette Valley. But not only are there a great diversity of wines being produced within the Willamette Valley, you can also find many exciting wines made in the more unheralded southern portion of Oregon, stretching all the way down to the California border.

So who better to join me on the Wine Without Worry podcast to explore Southern Oregon wine than…a guy from Pittsburgh? My guest is Clive Pursehouse from the Northwest Wine Anthem. He does explain how he transitioned from a beer and a shot upbringing in Milvalle, PA to unwinding in Seattle with a Gewurztraminer in a Riedel glass. It’s a shame that my podcast lacks video, as Clive is known far and wide (or at least in parts of Seattle’s Magnolia neighborhood) as The Handsome Blogger. (Recognize.) Not only does he stir passions globally on the blogosphere, he also has a passion for the wines of Southern Oregon. Join us as we explore three regions of Southern Oregon wine:

We talk Zinfandel, Syrah, Vermentino, and more. All while drinking a Gewurztraminer from Brandborg. Also discussed is what would happen if Clive returned to his hometown toting a slightly sweet white wine. (Probable ass-kicking). Somehow we weave cyclocross racing into all of this. And Clive reveals how to become a wine writer for a cycling magazine.

And on a serious note, one of Clive’s teammates on his cyclocross team recently suffered a terrible accident. I’ll let Clive explain:

On March 7th my friend and cycling teammate Mark Bender was injured in Hawaii. He was there with his wife Sarah celebrating their 15th anniversary. While bodysurfing Mark suffered a serious spinal injury, he has gone through surgery and at the moment, has very limited feeling and movement in his body. Mark and I raced together in the Master’s Cat 3s in cyclocross and we spent a fair bit of time together this last season warming up and watching his boys and his wife race before our races would begin. (Mark and Sarah have four boys.)  I’m not sure what’s next for Mark and his family, there is a long road ahead for them. They are people of tremendous faith and so I think that, coupled with the toughness that they all exude will hold them in good stead as Mark goes through rehabilitation and recovery. I hope that one day we’ll race together again.

One way you can help is to head to DOMA Coffee and buy their La Bicicletta blend. All the proceeds are going to Mark and his family through the end of April. If there’s one thing I know about wine drinkers, it’s that they enjoy plenty of coffee, too. So go and buy a pound or a dozen.