Hungry For Words: A Food Writing Workshop With Kathleen Flinn 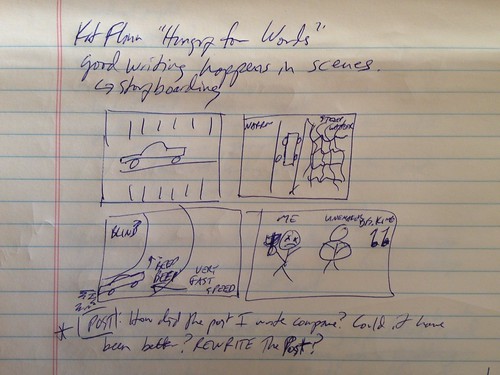 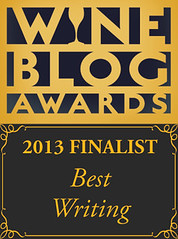 I thought I’d celebrate my nomination in the Best Writing on a Wine Blog category for the 2013 Wine Blog Awards with a post about…writing about food? Well, it’s about writing, and applicable to wine writers and writers in general. (See all the nominees and vote; you have until May 24th at 11:59PM.)

Kathleen Flinn is a friend and accomplished author. Her past books include The Sharper Your Knife, the Less You Cry and The Kitchen Counter Cooking School. Look for the upcoming Burnt Toast Makes You Sing Good, too. And if that wasn’t enough, she also wants to help you Cook Fearless. Kathleen even encouraged me to Draw Fearless. (Exactly why in the following paragraph.) I trust Elaine at Hawk Wakawaka Wine Reviews, who creates charming and informative wine-related illustrations and comics (nominated in three categories, congratulations!), is not trembling in fear upon viewing my artistic prowess.

Kathleen invited me to sit in on the Sunday portion of her Hungry for Words food writing workshop at Seattle’s Richard Hugo House. One of the key things I learned is not to worry about your drawing acumen and use storyboarding to help show that “good writing happens in scenes”. Taking a page (board?) from her filmmaker friend, Diedre Timmons, Kathleen encouraged us to storyboard a scene we wanted to recount; it’s a great way to fight writer’s block as well as make sure you don’t miss certain details.

In the legal pad-scribbled instance above, I recall getting a ride up a road to the top of a vineyard in Portugal’s Douro region. I actually wrote about it before, but thought I would see what happened when I storyboarded the scene and wrote it again. Here’s Take II: 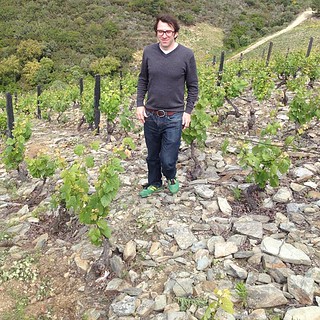 Post-ride at the top. I was blue, then white, and, finally, greener than my shoes.

I hopped into winemaker Luís Patrão’s car and we drove off to the top of the vineyards at Quinta dos Murcas. The dirt road was on of those extremely narrow roads where on one side you had an imposing rock face, the other side nothing but sheer cliff that would swiftly carry you to the river below. The winemaker had a particularly troubling (to me) way of navigating blind corners. Instead of slowing down (and we were going quite fast), he would honk his horn to alert oncoming drivers as we hugged the curve with little margin for error.

While the stinging guitar of B.B. King played in the background, I was feeling the blues and looking quite white. I couldn’t help but think, “What if another car is descending on the other side of that blind curve? And they employ the same strategy for warning oncoming traffic as we had?” It would be four honks followed by a head-on collision and a very long tumble to the Douro River. Somehow I felt that if I clinged tightly enough to the handle above the passenger-side window, everything would be ok.

Storyboarding helped me recall and illustrate (with words) specific moments of an event that happened almost a year ago. With almost the same clarity and detail (plus a few extra wrinkles) as when it was fresh in my brain. I highly recommend this technique, and it was just the tip of the iceberg as far as what I learned that day at Hungry for Words. And maybe next year I’ll be nominated for Worst Original Illustration in a Wine Blog. I know I’ve got a puncher’s chance in that one, for sure.

Again, thanks to Kathleen for letting me join the class for a day. And a big thanks to all the fellow writers in attendance; they brought experience, ideas, and a collaborative spirit to the table. 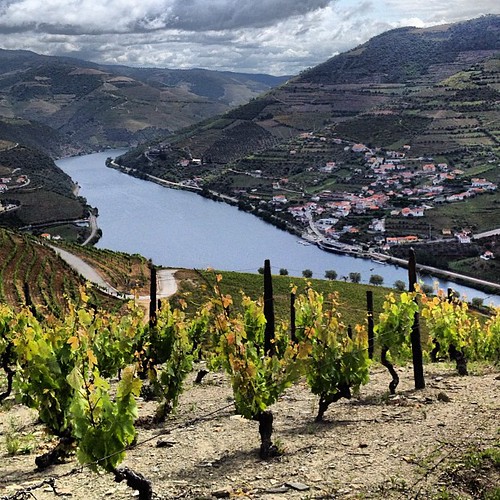