You KNOW I drink rosé year-round, even in the snow. But as we stroll toward the second half of the year, and with new wines arriving as we speak, I thought I’d round up a few favorites.

Maybe you’re wondering why I have a photo of a rainbow, no, a DOUBLE rainbow, at the top of this post. I have two reasons: 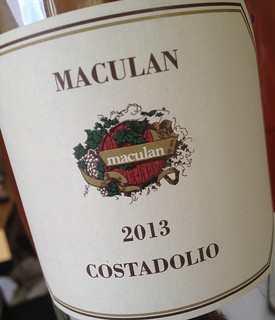 I should have a picture of the wonderful color of this wine in the bottle, but I drank it all before I thought to take a picture. Which is evidence of how much I enjoyed this sample bottle of 2013 Maculan Costadolio Rosé sent to me by its importer, Winebow.

It’s 100% Merlot, which is somewhat unusual for a rosé. But whatever your feelings about the grape are (they should be positive, BTW), this is a perennial winner. For you, it can rehabilitate your feelings about Merlot if they tend to the side of shunning it. For me, a watershed wine in breaking out of my Francophile-centric ways when it came to loving rosé. 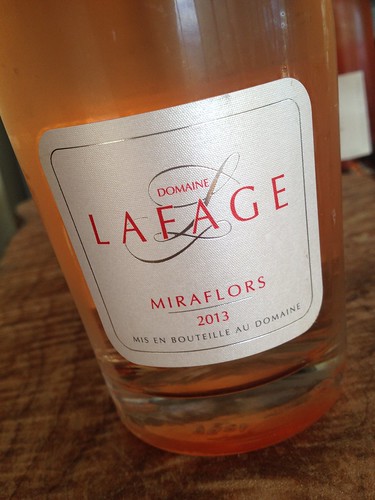 And how can I write this post and FEEL THE ROSÉ without having a glass while I compose this post? I cracked open the 2013 Domaine Lafage Miraflors. I’m familiar with the winery, as they produce a cheap white wine I’m really fond of: Cote D’est Blanc. But Lafage’s rosé from Southern France (Roussillon) is a new one for me. It comes in a very pretty, slender bottle. Like a bowling pin in a super-chic (bowling) alley. The Miraflors also has one of those cool glass stopper enclosures.

The Miraflors is a blend of Mourvedre and Grenache Gris. The latter is something you don’t see often. Drinking it makes me feel like I’m wearing some impeccable white linen suit in a summer-y garden and savoring a slice of watermelon. Which, actually, isn’t too far from how I summer in Seattle. If you replaced the suit with a white t-shirt and jeans.

I had the pleasure of being invited to lunch with Kathleen Inman of Inman Family Vineyards in Sonoma’s Russian River Valley. Later that day I got to taste her Pinot Noir rosé, the 2103 Endless Crush, and Kathleen sent me home with a bottle.

If you ever doubt the refreshingly restorative powers of rosé, the next time you’re at a wine tasting (like I was) full of intense, rich, tannic red wines, save that chilled pink wine for the final sip(s). It will really perk up your palate and reinforce that ROSÉ RULES!

To Argentina! And bubbles! 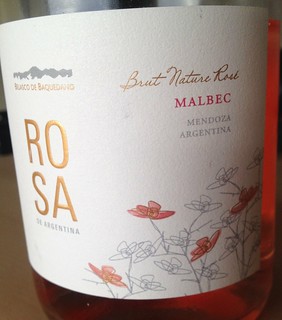 When I think of ultra-dry, austere sparkling rosé, I have to be honest. Malbec is not the first thing that comes to mind. So when this sample bottle arrived, I was eager to be proved wrong. I mean, misguided/misinformed.

Finally, what could be better than a bottle of rosé in your fridge? How about FOUR bottles? In the form of a 3L box. YEAH! 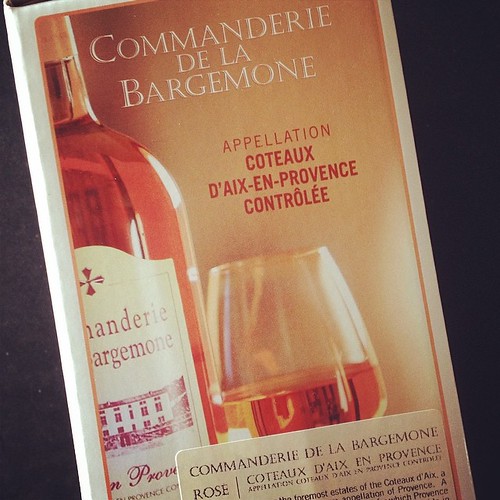 Wait, you are skeptical of wine in a box?

What if I told you one of my favorite rosés from Provence is available in this handy format that fits so nicely in the refrigerator and travels so well. It even has a handle! And a spout!

Bring the 2013 Commanderie de la Bargemone to all your outdoor events and you will be a HERO! You can also take it out of its cardboard box and just put the pouch in a cooler.

Or would you rather lug four glass bottles?

NOW YOU ARE ROSÉ READY!!!