The Secret Lives of Baked Goods Lets You Have Your History and Eat It, Too Receiving and reading a preview copy of The Secret Lives of Baked Goods: Sweet Stories & Recipes for America’s Favorite Desserts by Jessie Oleson Moore, creator of the ultra-sweet and magical CakeSpy.com, brought me back to my days as a graduate student at Northern Arizona University in Flagstaff. Sure, while getting a M.A. in History, I got cozy with words like hegemonic, did a ton of reading, thinking, and writing, had inspiring and supportive professors, and wrote a fine thesis about a compelling topic. But did I ever get study the history behind some of our most beloved desserts? I most certainly did not! Where was my chance to move on to pursue the PhD(essert) of my dreams?

Fortunately with Jessie’s second book, my bitterness has turned into sweetness. While not a history textbook, The Secret Lives of Baked Goods is full of surprising facts and intriguing details behind everything from Baked Alaska to Whoopie Pies. This is where (ha ha) I say something like, “Don’t worry, there won’t be a quiz.” But there will be! And here it is. I made it True/False so you’ve got a 50/50 chance of being correct. (You’re welcome.)

(OK, that last one is subject to opinion; please answer in essay form.)

If all that reading and test-taking about dessert is stimulating your sweet tooth, fear not, as a recipe follows each delicious story. You might also find, as in my case, becoming a bit curious about the research and legwork that went into illustrating the lore of desserts. Fortunately, I was able to ask Jessie about the process. Here are my queries and her responses: What was one baked good that had a particularly surprising, unexpected secret life?

One of my favorites is the story of German Chocolate Cake, which is not in fact German at all (Ed. note: Aha! T/F Question #2 answered)–it’s named for Sam German, inventor of German’s Sweet Baking Chocolate. It was originally called German’s Chocolate Cake, but through the years the possessive was dropped, giving the cake an air of European ancestry. But even more interesting? Sam German invented the chocolate a good hundred years before the cake became popular. What a sweet legacy that he never even knew about!

Was there “one that got away”? A baked good whose history, no matter how much sleuthing and spying, remained murky or vague?

One that really remained murky regardless of my seeking was the Mexican Wedding Cake (or Russian Teacake; or Snowball; or a zillion other names, it seems). While it’s a sweet that is popular in many different cultures, getting to the true root of it proved elusive and it was eventually cut from the book. Moreover, though, researching the history of baked goods is almost like playing a game of telephone. Many of these histories are anecdotal at best, passed on and amended and elaborated upon throughout the years. I tried not to get too caught up in this and instead embraced the fun, gossipy side of the stories.

Should I return to school in order to pursue a PhD in the History of Desserts? Will you be on my PhD committee?

Only if your PhD is a Doctorate of Delicious! My book will be a fantastic tool on your journey of pastry lifelong learning. The best part? Defending your thesis is a piece of cake. Literally. 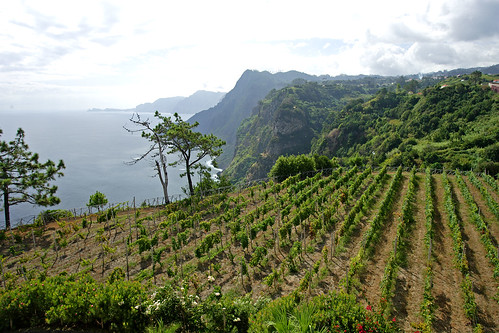 But is all this history making you thirst for something sweet? A sweet wine with a noteworthy history in the United States? Slake that thirst with Madeira. This fortified sweet wine, made on a island about 500 miles off the coast of Africa and 1000 miles from Portugal, is the perfect pairing with The Secret Lives of Baked Goods. I received a sample of the Blandy’s Malmsey 10 Years Old Madeira, which proved to be a wonderful way to drink in all that history. What is amazing about Madeira (this example made from the Malmsey grape) is while it has loads of sweetness, like a liquid creme brulee mixed with toffee and dried figs, there is also a refreshing lemon/orange zest flavor on the finish. That liveliness (acidity) makes Madeira a unique sweet wine.

For the story on Madeira, I spoke with Chris Blandy, CEO of the Madeira Wine Company, who provided some great insight into the history of Madeira in colonial America:

Is there a wine tied more closely to the colonial and early history of the United States than Madeira? Why was it so popular? A blend between trade winds and history. The trade winds were hugely important in defining discovery and colonisation patterns by the Europeans. A prevailing wind was critical as many galleons could not sail into the wind at all. Madeira, being of geographical strategic importance during this period, meant that ships picked up goods on their way to the Eastern seaboard of America and naturally, Madeira wine was included.

History, in that after 1668, and for about one hundred years following the English king’s decree forbidding the importation of any other wine except Madeira to America (Charles II was married to Catherine de Bragança of Portugal), the wines were in the limelight on the continent. Madeira was used to toast the signing of the Declaration of Independence on July 4th 1776 and they became the favourites of George Washington and of Thomas Jefferson, amongst many others. Interesting to note also that five years prior to the “Boston Tea Party” there was a Madeira Wine Party. The sloop “Liberty” had tried to smuggle into Boston Harbour a cargo of Madeira wines detained for John Hancock (the first signer of the Declaration of lndependence). Unfortunately the shipment and the sloop were seized by the British warship, “Romney”, and that set Hancock into a fury. A conflict took place, and, as the story goes, Hancock won out and finally received his precious cargo of smuggled Madeira wines. This successful demonstration supposedly set a precedent for the monumental Boston Tea Party some years later.

So while The Secret Lives of Baked Goods lets you have your history and eat it, too, Madeira provides drinkable history. Now all you need is an easy chair.