The Versatility of Sherry With Master Sommelier Christopher Tanghe Ever say something dumb in front of a Master Sommelier and have the good fortune to do so during an interview you are recording?

Funny you should ask, as that happened to me. You see, I was speaking with Christopher Tanghe, who is not only a Master Sommelier but also the Wine and Service Director at Seattle’s Aragona. The restaurant provided the setting for the latest episode of my Wine Without Worry podcast.

We were talking about Sherry, specifically the diversity of this storied fortified wine of Spain, when I asked about what was the difference between certain types, like Manzanita.

Turns out I was quite confused.

You see, Manzanita is a charming town on the Oregon coast. It looks like this: 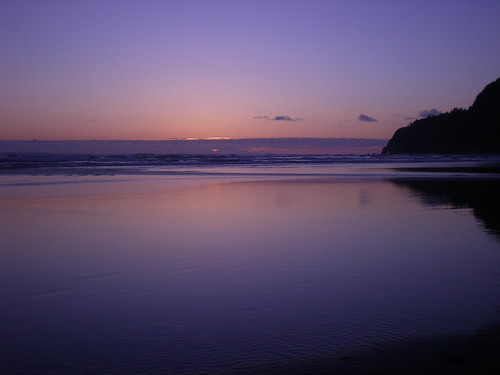 Ah, this sunset moment calls for a glass of Manzanita, the famed Sherry of Coastal Oregon.

The Sherry, however, is called Manzanilla.

Luckily, Chris is one of the most laid-back dudes I know. He is totally in favor of not being afraid to sound dumb, make mistakes, or ask questions when it come to wine. In fact, if you didn’t stick your neck out every now and then, how would you learn?

Our Sherry discussion touches on:

So besides Sherry, which Chris believes is one of the most versatile wines in the world, giving my beloved Champagne a run for its money, we also chat about many other wines of Spain, including a variety of grapes, regions, and wines. And did you know Chris is a hell of a cook? He explains how his culinary prowess informs his work as a sommelier.

Also, is he getting the itch to make wine, like so many other sommeliers? (Spoiler Alert: YES!)

And how could we not talk about Washington wine? Chris clues me in a few producers you need to know.

Finally, does becoming a Master Sommelier mean you get to kick back and put your feet up? (Spoiler Alert II: NO!)

Listen to the show and you’ll hear that Chris is a fantastic educator and a gifted teacher: