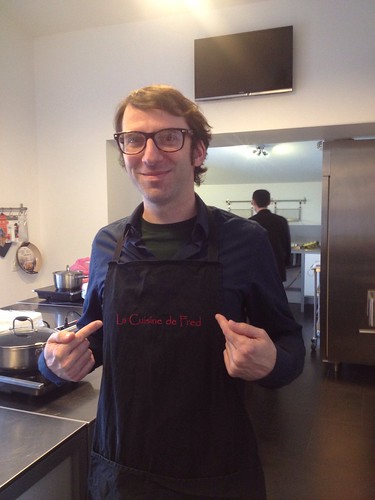 Hand me an apron and a glass of Beaujolais Blanc! Aren’t you looking for a Chardonnay made in a refreshing, non-outrageous style? While on a trip sponsored by Wines of France, with a three-night stop in Beaujolais, I was a little surprised that the first two out of three wines I enjoyed from this storied wine region where white. And that I’d be sporting an apron. What the hell was going on?!?

First, let me explain a little about Beaujolais (map). You may only be aware of this part of France because of its most well-known export: Beaujolais Nouveau. It’s a young, fresh wine made (like all red wines designated as Beaujolais) from the Gamay grape, quickly bottled after the fall harvest, and shipped all over the world to enjoy by Nouveau’s official release on the third Thursday of each November. But there is a whole world of Beaujolais that deserves your attention year-round. Let’s focus on the white wine, and how I came to be showcasing this snazzy apron. 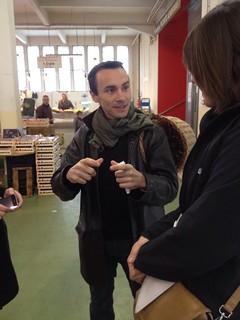 Dang, a scarf and a produce basket? Respect.

The first Beaujolais Blanc I drank was made by a winery that also produces a sparkling Gamay (called FRV100) that is outrageously brunchtastic: Terres Dorrés. A surprisingly richer style of Chardonnay (though certainly not approaching over-the-top-ness), it could handle heartier seafood dishes or a roast chicken. The Terres Dorrés certainly warmed me up for the next day’s adventure.

Our full-day exploration of Beaujolais began with a morning visit to an indoor market in Villefranche-sur-Saône followed by a cooking class. Our guide and instructor? Chef Frederick Vallet. He’s the Fred of “La Cuisine de Fred” and provider of the apron. He even came prepared with his own basket for market shopping. (When I go to the farmers market I have some lame bag. I gotta step up my game.)

We didn’t pick up asparagus or artichokes, but lighter, unoaked versions of Beaujolais Blanc can handle this supposed vegetable-based Murderer’s Row of wine pairing. These vegetables are not being difficult with your white wine.

A great example of an easy-drinking, vegetable-loving Beaujolais Blanc was served at La Cuisine de Fred: The Domaine Chaselay Terroir de Châtillon. It was an apple-y-tasting delight. How does something made from grapes taste like an apple? I don’t know; I chalked it up to the magic and mystery of wine, of which I am a fan.

I was pleased to find out that within an area best best known for red wine, Beaujolais is quietly producing Chardonnay worthy of your attention. Similar to the easy-going charm of the region, Beaujolais Blanc has an unfussy and straightforward style. The unexpected and surprising, which represent a substantial part of the magical mysteriousness* of wine, are what keep us going down the road of further knowledge and better drinking. 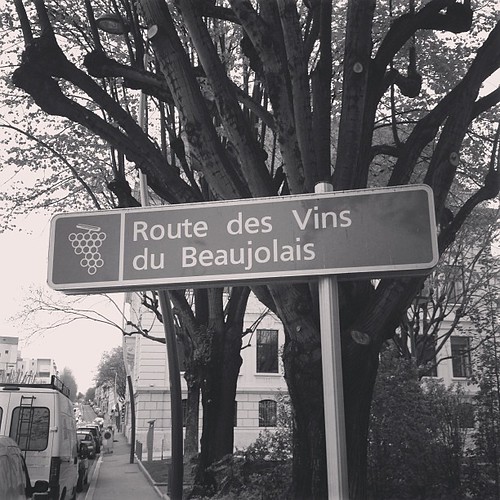 *I just realized this sounds like the name of a Beatles album.