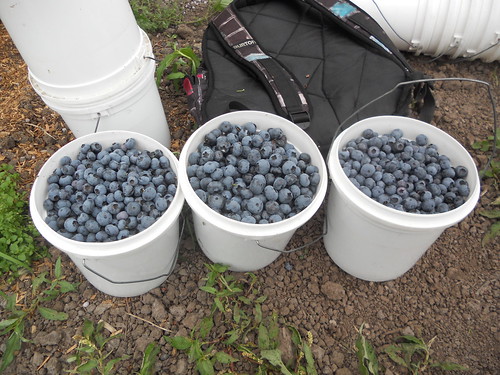 On a late August visit to Finnriver Farm and Cidery I viewed an abundance of blueberries. But when winter comes, a lot of work goes into making sure a bounty of berries are available in the warmer months. Here’s what blueberry bushes look like in the winter: 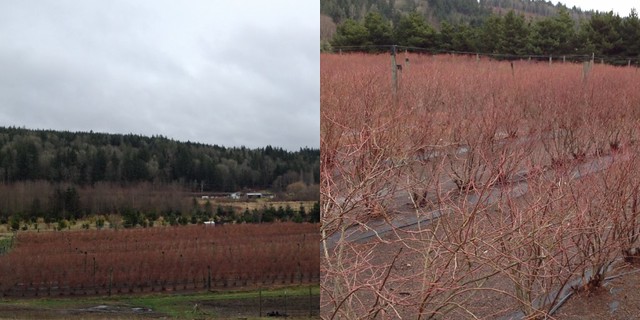 Though barren, I actually find them quite attractive. I like the color of the branches; it really stands out against the January landscape. And if you look closer, you’ll see that there is some fruit still clinging to the bushes, ominously named mummy berries. 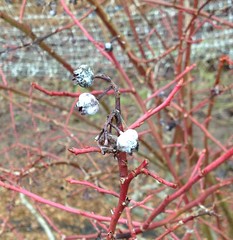 Mummy berry is a fungus that survives in fallen berries over the winter then releases spores in the spring. And since it is spread by rain, the extremely wet 2011 on the Olympic Peninsula meant a lot of mummy berries. So you have to get rid of them. Finnriver Farm employs two methods of mummy berry removal. 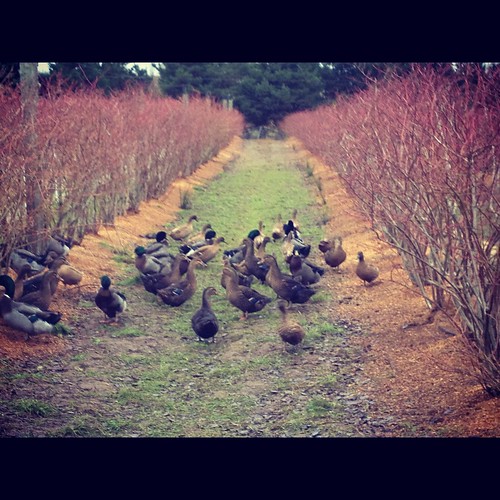 Ducks are deployed to eat the fallen berries, and they are also fed strategically in the landing zone. In the feeding frenzy that ensues, mummy berries get gobbled up as well. (I can safely say that I am using literally correct when I say it was literally a feeding frenzy. Seriously, keep your distance. These ducks will not be denied and I pity the person who dares stand in their way.)

The other method employed for mummy berry removal involves human labor. In this case, me. 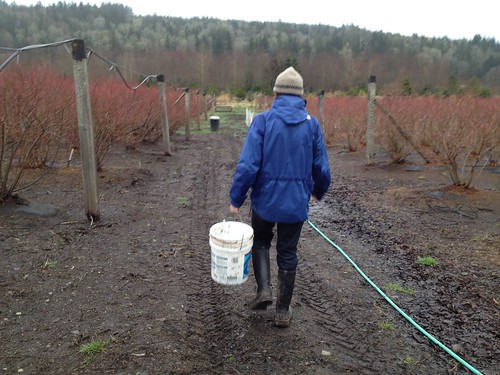 I highly recommend having a fully-loaded iPod with a wide variety of podcasts for this work. It’s also nice to have some ducks around to keep you company. 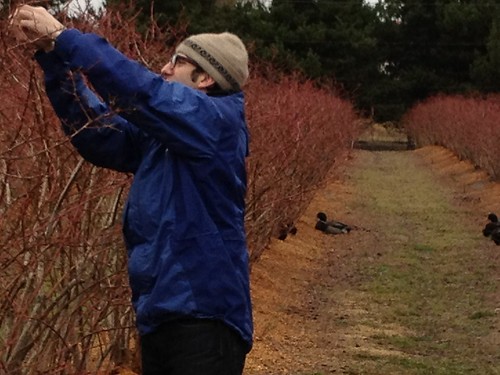 All this winter work not only ensures blueberries for eating, but also for drinking. The Finnriver Blueberry Wine with Apple Brandy is a sweet way to end a meal. It is a mix of blueberries from the farm (at least a half-dozen varieties) and some purchased fruit. Subtly flavored with cloves and lemon peel, I recommend pouring it over ice cream or on top of cheesecake. Or splash some into the bottom of a Champagne flute and fill the rest with Cava or Prosecco for a fantastic accompaniment to Sunday brunch.

Is it Sunday yet? 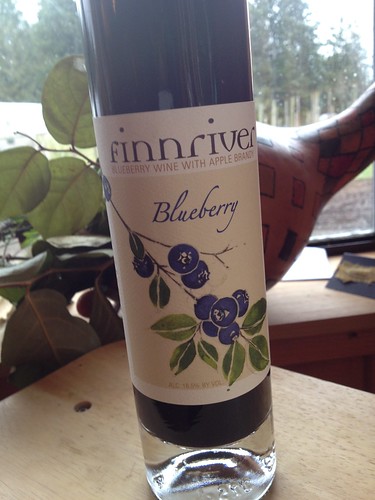